Boston natives Aloud are gearing up to release their brand new 7" single titled "Falling Out of Love", that is only available at and ahead of their show @ The Plough and Stars on March 4th, which just so happens to be their last show as Bay State residents before they move out to to the West Coast in Los Angeles. The song features some downtempo elements that sorts of melds in nicely with the band's imminent departure that evokes in a sense all of the band's experiences livin
41 views0 comments 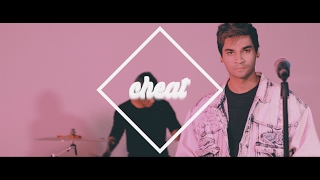 Boston based dream rock collective known as Dreamer & Son have released their spiffy music video for the song "Cheat". The clip shows the band playing against a pink backdrop, all while various couples hang out on a loveseat as the song plays in the background creating an intimate atmosphere where love runs amok, fulfilling the emotional needs and wants of everyone in the room and melding in well with the song's carefree nature. What I liked about the vid was its simplistic n
63 views0 comments

With roots from both New Jersey and Boston, The Hannas are crafting a fast and furious punk blend on their latest EP titled "The Bend". The band have a raw, fast paced intensity to them that is equal parts refreshing and invigorating as it shows a band that are sticking to their laurels, and doing what suits them best and not veering too off course in the process. What I loved from these guys from the outset was their youth and musical tastes that are evident when you first h
27 views0 comments

Boston Based Singer-Songwriter Alex Navarro Captivates Listeners On "The Wayward"

Boston based indie singer-songwriter Alex Navarro offers a bold and unflinching sound on his brilliant new single "The Wayward". The track features an intricate and beautiful piano arrangement that couples along well with Alex's smoky and dignified vocals that definitely hits an emotional nerve the minute your first hear it. I was pleasantly surprised with what I heard from Alex, granted that I don't listen to this type of music regularly but I decided to take a chance on him
77 views0 comments

Newcomers to the local music scene, White Cassette have landed on the map with their debut studio release that came out last month called "New World Haunts". The band's sound is directly located within the indie realm, but there are a bevy of influences across a host of other genres that makes this band's sound more appealing to the naked ear, and definitely hits at a different angle than most other groups are accustomed to. I really enjoyed these guys from the outset, and th
145 views0 comments

Boston based The William Shakes throws it back with a 80's centric tune on his new single "The Fault" from his upcoming debut EP "How Goes The Night?" set to be released on February 10th. From the brainchild of Mark McGettrick, his music is very captivating in the sense that it's Shakespeare that has been conceptualized for modern rockers as he so ably puts it on his FB page. The song has a retrograde feel to it, but he is able to transpose modern elements into his music that
10 views0 comments

Boston based indie outfit Midriffs are gearing up for a big local show happening at Mid East Upstairs next Fri 1/20 that is guaranteed to sell out fast, so don't hesitate to purchase tickets for this one! Also featured on this delightful bill are Cherry Glazerr and Slow Hollows for what is sure to be an epic night of local music that will definitely warm you up inside as the cruel cold of winter rears its head upon us. I've always had a deep amount of respect for Midriffs as
6 views0 comments

Boston Based The Solars Throw It Back On New Jam "Old K.B."

Boston based indie collective The Solars have a barnburner of a tune on their brand new jam just released last week titled "Old K.B.". The song has a low key, harmonic balance to it with slight folk interludes balanced all throughout that provide for an entertaining and thorough listen. The guys really seem to have a youthful and engaging charm when it comes to their musicality that really attracted me in hook, line, and sinker, plus their ability to keep the listener entirel
62 views0 comments

Drew Lucas, co-frontman and guitarist for formerly Boston based The Relevant Elephants has just released his debut solo EP this past Tuesday titled "Just Kidding". Drew has a highly engaging musical charm and simply structured voice when you first hear him, coupled with amazing skills on the guitar that makes him a highly entertaining voice to listen to. Drew joined the Elephants back in 2014, and since then has really developed and harnessed his skills immensely to match the
20 views0 comments

Local indie newcomers Bat House have just released their terrific new single titled "Patterns". The song is a combination of indie and garage rock influences that are juxtaposed on top of a bevy of guitars and indelible vocals that provide for an entertaining and thorough mixture that shows the wealth of talent and diversity that this band is capable of displaying at any given time. I didn't know much about these guys going in, but now I'm well versed in what's available in t
20 views0 comments

Locally Based Oh Malo Wrap Up Tour, Head Into Musical Hibernation For New Music in '17

Boston based indie rockers Oh Malo have just wrapped up their Fall tour, and will be taking a breather of sorts and head into musical hibernation mode so that the band can record some new music that should see the light of day sometime next year. Oh Malo are without a doubt one of the best indie bands to come out of the area in quite some time, with their latest LP "As We Were" released back in April one of the best sonic collections that I've heard in quite some time with fr
30 views0 comments

Boston based garage DIY rockers Earth Heart will be playing a local show next Mon. 11/21 that is worthy of checking out on your musical radar. It will be at Charlie's Kitchen in Harvard Square and will also feature Soft Pyramids and Dead Elect. The band released their latest LP "Homesick" this past August to great local acclaim from myself and countless others, who marvel at the band's musical abilities that are beyond comprehension right now. The band have crafted a garage r
10 views0 comments

Boston based indie rockers Jack Romanov have proclaimed their return with their all new single "No More Loose Ends (All Mine)". The song starts out with an ominous synth based intro that delves into a musical abyss unlike no other with the drums picking up intensity as the song steams out of the station right away. It's a clear departure from work on their previous effort from last year "After Ignorance, Before The Start", and it's evident from the start that the band are con
24 views0 comments

Somerville based dream pop trio Pale Hands are giving listeners a musical appetizer before the release of their new LP on 11/18 titled "Graphism" with the song "Lower Than Low". The song is an indie pop dreamscape with breathtaking melodies and frontwoman Jen's warm, inviting vocals rapturing listeners on call, and putting them in a relaxing and comforting frame of mind right away. You know me to be very obsessed with indietronica as a whole, but what Pale Hands are able to d
6 views0 comments

Boston based R&B soul outfit Biscuits & Gravy have released their brand new album titled Young Love. This promising up and coming band delivers a bevy of R&B and soul influenced numbers that cross borders between genres, and delivers a diverse and entertaining mixture to the fray that will leave you entertained and musically occupied all the way throughout. We start things off with "Girl So Fine", a high energy dance number with a little sprinkle of electronica with the compe
23 views0 comments

Boston based garage rockers Earth Heart have released their brand new, homemade music video for the song "Demons". The DIY styled clip shows the creative ingenue that the band have flowing through their veins with random shots of the band watching Full House reruns on TV, then deciding to head out for a late night stroll that sounds like the start of a horror movie gone awry with an ominous vibe ahead hence the song's title. Anytime a band walks into a graveyard, it doesn't g
12 views0 comments

Boston's pride and joy Biscuits & Gravy are gearing to release their brand new album Young Love later this month, and the first single off of it is an addictive dance number that you'll be caught dancing to called "Twenty Five". The song melds together funk and R&B rhythms into one uncontrollable musical outburst that you can't look away from, and one that elicits others to join in on the party and dance in on all the fun. I've heard of Biscuits & Gravy numerous times before,
5 views0 comments 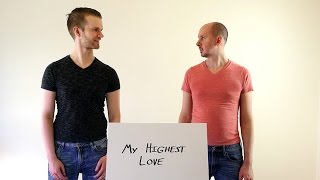 Boston based singer songwriter George Woods has just released a brilliant concept with his music vid for "Highest Love". The clip revolves around an assortment of couples appearing on screen together with the song playing in the background, interspersed with various shots of them acting casually, laughing, and enjoying each other's company all while basking in the warm glow of the musical spotlight at hand. A white card appears in front of them with the lyrics of a line in th
6 views0 comments

Photo Credit: Eric Fernberg Boston based indie pop group The Motivated Sequence are gearing to release their debut LP, and have just dropped the first musical hint off that effort with a tune called "Sci-Fi". The song has a strong, rhythmic personality with a nifty string section added in for good measure that provides something a little unexpected and also hints at the musical depth clearly on display. Frontman Zach Burt has a strong, demanding vocal presence that adds a rep
13 views0 comments

Photo Credit: 309 Productions Boston soul/hip-hop collective Kyle Thornton & The Company have dropped their brand new barnburner of a track titled "Fly Girl". The track is an upbeat, blissful track with high energy rhythms and an indelible old school style that will have you clamoring for more by the time the song has concluded. Kyle does a marvelous job with his smoky vocals and guitar riffs working their magic all the way throughout, plus the groove laden bass licks of Henr
9 views0 comments
34
5
67