Photo Credit: Lauren Garant Boston's premiere indie psych/math rock quartet Bat House are gearing up for the release of their self-titled album next Friday 4/14 with their brand new track titled "Chemical X". The track bounces off the musical walls feverishly, and delivers a potent punch that satisfies the music junkie inside of you, and makes you even more musically curious as you listen intently on what stops the band are going to pull just around the corner. The guys have
34 views0 comments

Photo Credit: Alex Humphreys Boston local outfit Bat House have just released their playful new track titled "Yarn", from their upcoming self-titled album due to be released on April 14th. The track features a bevy of musical tempos and genres that find themselves well on the musical page, splattered here and about just enough for the listener to pick up the pieces and assemble. These guys have been featured on the site before, and I marveled at how they were unlike anything
11 views0 comments

Local indie newcomers Bat House have just released their terrific new single titled "Patterns". The song is a combination of indie and garage rock influences that are juxtaposed on top of a bevy of guitars and indelible vocals that provide for an entertaining and thorough mixture that shows the wealth of talent and diversity that this band is capable of displaying at any given time. I didn't know much about these guys going in, but now I'm well versed in what's available in t
20 views0 comments 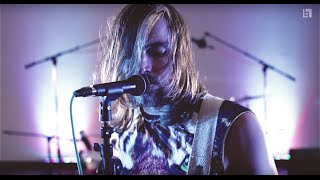 The Boston based psych rock quartet known as Bat House have just released a brand new video clip for the song "Patterns" that was filmed as part of Berklee College of Music's "Live @ Berklee" series that MusicBoxPete is proud to be a part of. The clip features the band performing amidst a psychedelic backdrop that melds in together beautifully with the band's brilliant melodies that are just bursting at the seams as they begin playing. I'm not familiar with these guys at all,
8 views0 comments
bottom of page