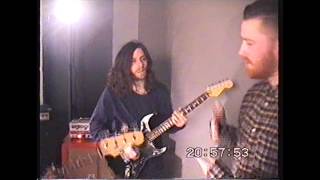 Blackpool, UK's most beloved citizens Boston Manor have just put out their sleek and retro vid for their song "Gone" off their latest EP "Saudade". The clip looks like it was created in the early 90's on old school VHS with that classic grunge look that the lads pull off so well, and recreate with remarkable accuracy without trying to be corny. Early 90's grunge music is the basis for the influences of the band, most notably with guitarist Michael Cunniff, even though the ban
7 views0 comments
Joe Holt Twitter: @thunderholt

The British IBM - Psychopaths Dream in Black and White

Psycopaths Dream in Black and White by The British IBM is a great example of modern British alt-rock, with retro influences, lush string arrangements, and simple, occasionally pessimistic lyrics. Think The Kooks rhythmically and tonally, Morrissey lyrically, and The Strokes atmospherically. This album is mostly major, with songs primarily led by acoustic guitars and simple 4/4 drum beats, but has a large amount of string arrangements, and an especially beautiful cello contrib
2 views0 comments

Boston based newcomers Eclypse have just unfurled their self-titled debut EP. The effort is spearheaded by the leadoff track "Hello California" that evokes a feeling of classic rock nostaglia with elemnts of The Eagles and CCR thrown in for good measure that gives them a level of authenticity and makes you yearn for the sounds of yesteryear that much more with the band's individual and unique talents put eloquently on display here. I was pleasantly surprised by these guys, an
1 view0 comments
bottom of page