Boston indie rockers Rival island released their latest album just last week titled "Year of The Butterfly". The follow up to their 2018 effort "Heroes and Villians" finds the foursome entering more diverse territory, and not simply adhering to the musical script to create a truly dazzling effort that reflects where the guys are at this stage of their professional life. The group consists of Tommy Flynn on lead vocals and guitar, Michael Swanson on bass, Ryan Flynn on guitar,
24 views0 comments 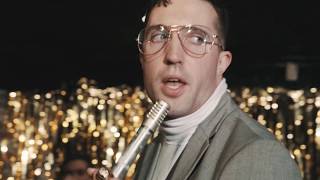 Boston indie-alt duo Rival Island are coming off the heels of a recent show at Great Scott last week along with the likes of Bloom and Driveways that really brought their sound home to the masses. The band have a real knack of creating indelible hooks that are dormant in the background, but come to life after repeated listens where their real magic and musical pedigree manifests itself right in front of you. Frontman Tommy Flynn and drummer Joe LaMonica have been at this proj
49 views0 comments

Locally Based Rival Island Set To Hit Up Out Of The Blue Art Gallery On Thur. 6/9

Get into the summer frame of mind by checking Boston locals Rival Island when they hit the stage at Out of The Blue in Cambridge this coming Thursday 6/9. Also joining them on this odyssey will be The Silver Mirrors, Versa Contrast, and Heavy Necker. The guys are no stranger to the site and have been featured a couple of times with their unique blend of alt rock that melds together island influences that are best reflected in the band's name, sound, and their nifty palm tree
0 views0 comments 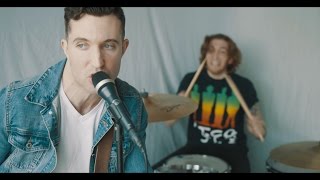 Boston newbies Rival Island have unleashed their brand spanking new music vid for their song "Let Me Go On". The clip features the duo of frontman and vocalist Tommy Flynn along with Joe Lamonica on drums banging it out in a terrific clip that stretches the band's creative resolve even further. The clip sees Tommy and Joe causing ruckus and mayhem inside a convenience store, interspersed with clips of the duo performing that allows newcomers to get a grasp of what the guys ar
1 view0 comments

Fairly recent additions to the scene, Rival Island have just unearthed their cover vid of Tom Petty's "You Got Lucky". The video features a man in a bunny costume galvanting around driving a car, living the life of a normal human being that can be interpreted in a vast number of ways. Members Tommy Flynn and Joe Lamonica make an appearance in the clip, performing their unique blend of garage rock that has no defined classification, and that is just how the boys like it as the
8 views0 comments

Brand new to the Boston music scene, RIval Island have just unleashed their debut music video for the song "Let Me Go On". The song has a homespun, organic feel to it, much like the way the video was shot with its inpersonal, in the moment action showcasing the band and introducing their style and personality to a curious and open minded audience. If frontman Tommy Flynn looks familiar to you, that's because he was part of another Boston area band I featured here on the site,
3 views0 comments