Based out of Londonderry, NH comes the singer-songwriter stylings of Amanda McCarthy, who has released her debut full length album titled "Road Trip". Her sound is reared within pop/country with an alt-rock mindset that gives listeners a balance to explore her musical personality. The music acts as a snapshot through Amanda's musical journey, her incredible voice acting as the wind coasting through the breeze as you're traveling down the highway, experiencing everything that
115 views0 comments

From across the pond in Bath, UK comes the introspective singer-songwriter stylings of Luke De-Sciscio, who has just released his debut album titled, "Good Bye Folk Boy". Luke has a warm, inviting musical presence that invites listeners into his sanctuary full of beautiful melodies and a pristine voice that will warm your heart and make you fall in love with Luke upon first listen. It took a couple of listens for me to gravitate towards Luke, and what did it for me was his ov
90 views0 comments

Boston's own Dylan Rockoff is gearing up for the release of his debut album "115 Gainsborough" this coming Friday, to be followed by a release show happening next Mon. 10/16 @ Cafe 939 just steps away from Berklee College of Music. You may have caught wind of the first two singles released from the effort, "Come Over" and "Say My Name" which have hinted at a more bold, sophisticated direction for Dylan that sees him showing his sensual side that we'd never thought we would se
20 views0 comments

Boston based singer-songwriter Zion Rodman has landed on the scene with his debut solo record "You're Invited". The indie folkster has been carving a name out for himself lately with his tried and true authentic approach, with brilliant vocal interludes and a groove laden, hollow bodied acoustic guitar that does a wonderful job of accentuating his sound to a degree never before deemed possible. I was shell shocked to say the least when I first heard Zion, as he possess a raw
21 views0 comments

Boston Manor - Be Nothing

Blackpool, UK's native sons Boston Manor have officially landed on American shores with the release of their full length debut album Be Nothing. The 10 track effort is a masterful, cohesive collection of in your face pop-punk tunes that evoke the styles of their contemporaries and forefathers Brand New and Taking Back Sunday, but with their own modern sensibility that sets them far and away from the others, and sets the lads on a course that is destined for stardom almost imm
22 views0 comments

Blackpool, UK's pride and joy Boston Manor have just released their brand new single titled "Lead Feet" off their upcoming full length debut album Be Nothing that will be released on September 30th. The gyrating, pulsating track starts off immediately with the musical and real life brotherhood of Michael and Daniel Cunniff providing a remarkable one two punch on guitar and bass respectively that bounce off the musical wall and dazzle audiences almost instantaneously. Lead voc
2 views0 comments

Boston based garage rockers Earth Heart have just released their debut album today called "Homesick". This effort has been in a long time in the making, with the band being meticulous in their approach and taking their time in making sure that the effort is exactly the way that they envisioned it when they were mapping the effort out in the studio. The band have an easily accessible, garage rock vibe to them with brilliant melodies, deep punctuating rhythms, and tightly wound
2 views0 comments

Stoke, UK based indie outfit Delamere are gearing up to release their self titled, debut album out August 19th and have released an itinerary of tour dates in the process that might involve a trip over to the UK to see what all the fuss is about! If you're not familiar with Delamere, you will be in due time as they're creating some of the most potent, cutting edge music out there today with their riveting stage presence, potent melodies, and rock solid compositions all around
7 views0 comments 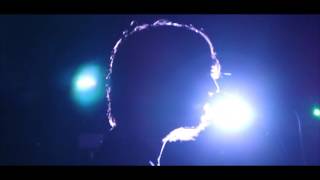 Austin, TX based emo rock quartet Almost Famous Friends have created a cohesive and deep sound on their upcoming debut LP "I'm Not Who I Want To Be". The first single has been released from that said LP called "All I Can Do" along with their first music video for it as well. The band's musical mission and resolve are best exemplified from that clip, featuring terrific shots of the guys hard at work and showcasing their emo-rock sound that has influences of Brand New strewn in
3 views0 comments
Joe Holt Twitter: @thunderholt

2015 was an interesting year in music, and specifically, in lyrics. Artists like Father John Misty and Courtney Barnett rose to the surface of pop music’s murky underbelly with straightforward, unpretentious, often humorous lyrics. See Fr. John Misty’s Chateau Lobby #4 (in C for Two Virgins): I wanna take you in the kitchen/Lift up your wedding dress someone was probably murdered in/ So bourgeoisie to keep waiting/ Dating for twenty years just feels pretty civilian…” or Barne
13 views0 comments

Boston based indie-punk rockers Dinoczar have just wrapped up shooting of their first ever music video for the song "Cream", off their upcoming full length debut record that has also been completed and is awaiting release. The pic above was taken on the set of the vid, and promises to be an exciting affair for these three extremely talented lads who have a definite passion and enthusiasm for playing music that has their own specially combined flavor that appeals to music love
1 view0 comments

Colbis The Creature - Wake Me Up

Boston based newcomers Colbis The Creature have released their debut album titled Wake Me Up. The effort introduces the band to those around the area who may not be too familiar with them, but will be a welcome introduction as it will bring in a new breed of band capable of exercising their emotions in any way they see fit, and being comfortable in their own musical skin as well. We start things off with "Tonight" a terrific, melodic track that features strong lead vocals fro
3 views0 comments

Allston based indie rockers Surf Vietnam have just released a crowdfunding campaign to fund their upcoming debut LP, "Funambulism". The guys have been more or less working their butts off to make this album come to fruition, but they need funding from their fans and the general music loving public to make this album come to life and sound the way it intended when it was released in the studio. I've been deep admirers of the band for some time now, and they were featured on th
1 view0 comments

Boston based indie group The Symptoms have just released their debut LP titled "Lens". The effort is a highly focused and creative endeavour from a group that are aiming to make their presence known among the countless others in the ever expanding Boston music scene. These guys make their own blend of rock that is different from what everyone else is doing out there. We start things out with "Buried", a bluesy jam that really digs deep form the start, and allows the members t
0 views0 comments

British born and Berklee raised singer-songwriter Joe Holt has just put out his full length debut release titled Brighter Moons. The collection is a raw and picturesque set of tunes that shows the immense talent and charisma that Joe has amassed during his time here in Boston. You'll definitely find something to appreciate from him that will increase your appreciation for him and everything he brings to the musical climate around the area. We start things out with "Harness Ki
2 views0 comments

Somerville based singer-songwriter Andy Newton has just released his debut solo album titled A Banner Day. The effort is a folk leaning collection full of Americana inspired tunes that really evokes the musical sensibility that emanates so strongly from Andy's melodic output, and brings about an impressive and cohesive collection of tunes gathered forth here before you. We start things off with "In Due Time", a laid back, ethereal tune with Andy's warm and inviting musical gl
1 view0 comments

Cincinnati, OH based pop-punkers BoyMeetsWorld have landed with their much anticipated debut album Become Someone. The pop-punkers are making huge waves with their appearance on Warped Tour all summer long, and have moved into the stratopshere with this rattling and explosive blend of pop-punk that will leave you breathless and wanting more all by the time the effort has concluded. The disc gets off to a roaring start on "Feel It In The Air", an immensley catchy rocker featur
6 views0 comments

Austin, TX based indie rockers Sounds del Mar have just released their debut album "Miami Vice'n". The album is a deep, melodic affair with indelible rhythms and hooks that are designed to reel you in with indelible earworms that will get lodged inside your head for quite some time. I was enthralled when I first heard these guys, and it was quite easy to fall head over heels with their music that represents their hard working aesthetic that they displayed when they were craft
6 views0 comments
bottom of page